“As a woman” are words I very much try not to overuse as I do feel that sometimes those words can be used as excuses or to generate blame. That said… As a woman I am only too aware of the role that make up plays in our lives. Some wear “too much”, some are arguably overly stoic in their resolve to wear none. I have often pondered my reasons for wearing make up and whether or not I am reliant on it. There have definitely been times over the years when I have worn less than at other times – I remember a year when mascara just wasn’t a thing to me. If I’m honest though, those times have usually been linked with an extended period of low mood and maybe depression, where I have felt like it’s not worth wearing makeup as my self worth wasn’t high.

I realised, that it would be great to be in a mindset where if I don’t wear makeup, it is because I am truly comfortable and just don’t want to – just like choosing not to wear a belt because your jeans fit just fine without them. I couldn’t really see a way of getting to this point other than going “cold turkey”. I make no secret of the fact that I have what I call “face issues”. I don’t have a great relationship with my face “au naturelle” and I think  this is an issue so many people have.

So last Sunday night at about 10pm I decided I would go for it and start my week of no makeup. Really NONE…. ZERO. I have dabbled with this before and always ended up wearing a little powder (God forbid a bit of shine) and since eyebrows took over the world a few years ago, the idea of not having a least a little bit of brow on was probably the scariest thing!

Here I am at my desk on day one – feeling brave!

So what were my initial reservations?

I was imagining walking in to work on Monday and several people saying something like “are you ok?” – I have had this before when I have worn less makeup and I have heard other women say the same. What actually happened was pretty uneventful. I walked in, sat down, made a cuppa and cracked on for at least half an hour before anyone said a word. The first comment? My colleague said “You look really well!”. My initial reaction was to think that she had noticed I had no makeup on and was being polite. I knew she was being honest, but only as I looked at her expression more did I realise that she was trying to work out what was different about me – she hadn’t even clocked it. I told her I was wearing no makeup and I could see her genuine surprise – it was a great feeling and really set me up for the rest of the week.

My first mid morning visit to the loo was funny as I had also forgotten all about it until I looked in the mirror and had a moment of “whaaaat?! Oh, wait, it’s fine, I made this choice.”

Over the next couple of days at work, I was talking to a few people about it and everyone felt it was a really positive thing to do. There definitely seems to be a feeling of “I wish I was brave enough” from some people, which I think is one of the reasons I wanted to do this – If I am brave enough then anyone can be.

The only other comment I had at work was from someone who stopped to ask if I had been away. He gestured to my face as if he thought I had caught the sun a little. I told him no and that I was just wearing no makeup. He looked a little embarrassed and shuffled away. He clearly wasn’t trying to be rude, in fact, I think it was a compliment, but when he realised that I must just be a little rosy he probably felt awkward and thought I might be offended. I think this shows that it is not only women who have this sensitivity around makeup – men are also burdened to a certain extent of not “saying the wrong thing”.

Mid week, I went to dinner with a friend and felt pretty proud of myself. My friend in question is a particularly pretty twenty something and one of the loveliest people I know. On a “bad day” I could have easily felt crappy about my thirty something self, but this week I was feeling so good about my new found facial freedom that I was more than happy sitting there bare-faced for the whole restaurant to see. A quote I recently read came to mind; “Someone else’s beauty is not the absence of my own.” So very true – and something I think we could all do well to remember.

On Friday (today) I met my boyfriend for lunch and still felt really good. If I am honest, that morning I did debate putting on a little brow makeup or base, but I knew I would be disappointed with myself. My boyfriend knew I was makeup free this week and I know he is proud of me, which has made the whole thing even more worthwhile. I am very lucky to be in a relationship where I am made to feel beautiful every minute of the day. He really loves my face just as it is and has really helped me to start to believe that I can too!

So what have been the benefits of my barefaced week?

It’s a really funny feeling trying to “accept your face” as it is. Makeup is great and I think I will always love it and use it. I love how it can change your look really easily and make you feel a certain way, be it “cool”, “sexy”, “kooky”. Therein lies the danger though – we can feel like someone who is more deserving of love, respect and admiration than with our face just doing its own natural thing. That’s pretty crazy and just feeds our already anxious, over-stressed minds with more negativity. We all know it, we all talk about it. We watch adverts where 22 year olds wearing “natural makeup” profess the benefits of natural beauty (whilst knowing they are photoshopped to s***, but still wondering if they really are).

I think it is everyone’s responsibility to challenge themselves to really be themselves – men and women. We all know how stressful everyday life is now, so part of me thinks if you’re having a bad day and “a little bit of slap” can make you feel more confident – go for it. It would be silly to force yourself to do something which is going to spark an anxiety attack! However, I think it’s so so important to be able to step out of the reliance on makeup, even if that only feels possible once a month. You feel good today? Get your natural face out there! I know the future 80 year old me will be glad I challenged myself in this way while I am young.

The photos below are of me at the end of the week. I am definitely feeling more confident about this barefaced thing and even the thought of going out for a drink on a Friday night hasn’t fazed me. I’ll admit I did take 35 pics before getting three I was happy with – this shall be known as a work in progress! 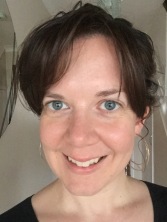